Did the Officer have Probable Cause to Arrest for DUI? 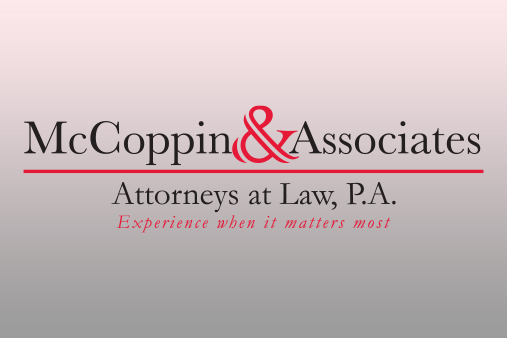 Did the Officer have Probable Cause to Arrest for DUI?

DID THE OFFICER HAVE PROBABLE CAUSE TO ARREST THE DRIVER FOR DRIVING WHILE IMPAIRED (DWI & DUI)?

If the judge determines that the officer had Reasonable Suspicion to stop the vehicle, our next step is to challenge the officer's alleged Probable Cause to arrest the suspect. To establish Probable Cause to arrest a person, the officer must prove that the Totality of Circumstances (everything the officer perceived about the situation) would allow a Reasonable Person to suspect that a crime has been committed (DWI) and that the suspect committed the crime. While the level of suspicion needed to establish Reasonable Suspicion to stop a vehicle is only a ‚ fair probability,‚ the level of suspicion needed to establish Probable Cause to arrest is ‚ more likely than not.‚ For Example After an officer legally stops a vehicle, he will begin looking for evidence that the driver is impaired. Evidence of impairment includes the following:

RECENT CONSUMPTION OF ALCOHOL as evidence of impairment.

INABILITY TO THINK CLEARLY as evidence of impairment.

POOR COORDINATION as evidence of impairment.

Finger Counting Test: The officer may ask the driver to touch each of his fingers with his thumb in a specific manner while counting in a specific way. At trial, the officer will attribute the driver's mistakes to impairment. Walk and Turn Test and One Leg Stand Test: These tests are the only scientifically validated ‚ divided-attention‚ coordination tests for impairment. The officer tells the driver to stand still in an awkward position while reciting complicated instructions. Then, the officer waits to see if the driver starts the test before receiving permission to begin. The officer will testify that starting the test early is a clue establishing impairment. These tests were validated as ‚ reliable‚ indicators of impairment based upon testing well-rested people in comfortably warm well-lit rooms with flat, smooth floors. Yet the officer expects a driver to pass these tests late at night in the cold in the dark on an uneven sloped road. Finally, the only person evaluating the driver's performance is the officer who charged the driver with impaired driving. Horizontal Gaze Nystagamis (HGN) Test: This is a relatively technical test to interpret. Most officers cannot evaluate the results of this test reliably. However, North Carolina law allows an officer to give his opinion regarding a driver's performance if the officer has received appropriate training. Most district court judges interpret appropriate training as any training. Do not attempt to complete any of these voluntary tests.

POOR DRIVING as evidence of impairment

Speeding fewer than 20 miles-per-hour over the limit is not usually considered evidence of impairment because most people speed a little. However, higher speeds suggest poor driver judgment possibly resulting from impairment. Status violations like expired registration, expired inspection and even driving with a suspended license are not considered evidence of impairment. More serious violations like running a red light or stop sign, careless or reckless driving, driving the wrong way and weaving in and out of a the lane are stronger indications of impairment. Even legal driving may suggest impairment if it is sufficiently unusual like weaving within the lane, driving too slowly, driving at inconsistent speeds, and stopping at unusual places on the roadway.

Challenging the Officer's Alleged Probable Cause to Arrest the Driver

In Wake County Court, a defendant charged with Driving While Impaired must file a written motion asking the court to evaluate whether the officer had Probable Cause to arrest the driver. If your lawyer does not file this written motion, the court will not consider this objection. At McCoppin & Associates, we always file a written motion objecting to the officer's alleged Probable Cause to arrest. If the court finds that an officer did not have Probable Cause to arrest, then the defendant's attorney must object to the admission of all evidence gathered as a result of this unconstitutional arrest. After the court grants this motion to suppress the illegally gathered evidence, the trial can resume. In almost all DWI cases, the prosecutor will dismiss the case at this point because there is insufficient admissible evidence of guilt. If the judge finds Probable Cause to arrest for suspicion of impaired driving, the trial continues. We challenge the admissibility of any breath or blood test. We undermine the reliability of any field test the officer says proves impairment. We emphasize the evidence establishing sobriety. We convince the judge that the admissible evidence does not establish the elements of Driving While Impaired (DWI) Beyond a Reasonable Doubt.