Misdemeanor Assault on A Female 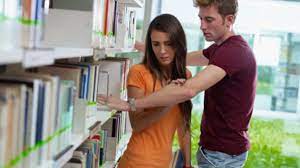 A domestic violence conviction can have lifelong consequences. In addition to a possible jail sentence, substantial fines, and other penalties; you may face never-ending social stigma, the loss of job and employment opportunities, and the loss of visitation with your children.

Have you or a loved one been charged with assault on a female or any other domestic violence offense? You need a skilled and aggressive criminal defense attorney on your side – one who has the experience to give you the immediate help and critical advice you need to protect your rights, right away. The state employs special prosecutors trained to get convictions in domestic violence cases.  You need North Carolina criminal defense lawyer Andrew McCoppin.

Attorney Andrew McCoppin has helped thousands of criminal defendants in all types of cases across Wake County including Raleigh, Cary, Morrisville, Apex, Garner, Wake Forest, Rolesville, Wendell, Zebulon, Fuquay Varina and Holly Springs.  Give him five minutes for a free initial consultation. He’ll tell you how he can help in your case.

Mr. McCoppin has over 20 years of experience representing criminal defendants in all types of cases – including the North Carolina crime of assault on a female. He offers each client his individual attention during every stage of the criminal proceedings. That means every one of Mr. McCoppin’s clients is represented by an experienced and knowledgeable criminal law specialist – Mr. McCoppin has earned board certification from the North Carolina State Bar in state and federal criminal law. When your freedom is on the line, shouldn’t you have a certified specialist on your side?

Assault on a Female

What Is The North Carolina Crime Of Assault On A Female?

In North Carolina, this offense occurs when a male at least 18 years old assaults a woman. It’s important to note that only a man may be convicted of assault on a female. If a woman touches a man in a violent way without permission and the man and woman share a domestic relationship, then the woman may be charged with assault.

What Happens To Someone Arrested For Assault On A Female?

When police respond to a domestic violence call and find evidence of abuse, they are required to arrest the alleged domestic partner abuser. That means someone will be taken to jail. At the jail, a magistrate judge will review the officer’s evidence and issue a warrant for arrest if the judge finds probable cause to believe a domestic violence offense occurred.

In North Carolina, the magistrate judge will hold the accused in jail until a district court judge reviews the case. The magistrate judge may only set the release conditions 48 hours after arrest. This delay is meant to protect an alleged victim from further violence. But it also means that an innocent person falsely accused may have to spend a significant amount of time in jail – perhaps an entire weekend!

Once a domestic violence suspect is released from jail, the judge almost always issues a no-contact order. This prohibits any contact with the alleged victim. That means no contact whatsoever, whether in person, by phone, texting, emails, letters, or in any other fashion. Even communication regarding your children is prohibited.

If you have an outstanding domestic violence warrant, Attorney McCoppin can help you with the arrest process to reduce your time in jail. He also can petition the court to reduce your bond (the amount of money you must pay to be released from jail). With the assistance of the alleged victim, Mr. McCoppin can usually get the judge to remove the no-contact order so you may return to your home and family. McCoppin & Associates can help you heal your family or make a fresh start.

At that point a hearing is scheduled, with the possibility of prosecution and trial on criminal charges to follow.

The crime of assault on a female is a Class A1 misdemeanor, which can include a criminal sentence up to 150 days in jail. As bad as a jail term is, the serious repercussions of a domestic violence conviction last far longer. They can include:

There also can be substantial civil penalties, such as:

At McCoppin & Associates, Attorneys at Law, P.A., North Carolina criminal defense lawyer Andrew McCoppin has a proven track record of success on behalf of clients accused of offenses ranging from complex felonies to simple traffic violations. That’s why Mr. McCoppin has earned Board Certification as a specialist in both State Criminal Law and Federal Criminal Law.

If you’ve been charged with a domestic violence assault, such as assault on a female, give Andrew McCoppin five minutes. Let Attorney McCoppin explain how he can put his skills, experience, and dedication to work for you. His goal in every case is to thoroughly prepare for trial and make the government prove its case. Mr. McCoppin avoids plea bargains except as a measure of last resort.